Surf Fishing Report:
It was reported there were about 12 big ones caught at the point with one Drum being 46 inches. Avon and Buxton reported Sea Mullet. Further south in Frisco and Hatteras they also had Sea Mullet and Bluefish with Hatteras reporting some up to 20 inches. Our anglers are catching small Trout, Bluefish and Sea Mullet. Expecting another cold front this weekend.

Offshore Boats Report:
A few boats sailed yesterday and caught a few Wahoo, some Mahi, and decent Blackfin and Yellowfin

The winds are NE at 25 and the water temp is 65 degrees. Raining, strong winds, Ocean is rough. 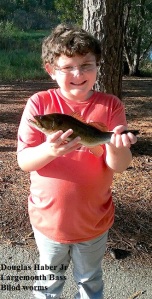 This entry was posted in Fishing Reports and tagged Douglas Haber Jr.. Bookmark the permalink.
<span>%d</span> bloggers like this: