Offshore Boats Report:
Despite the high winds 3 boats fished and caught some Yellowfin and Dolphin. There were also 2 Sailfish releases.

The winds are NW at 8 and the water temp is 62 degrees. Mostly sunny, light winds, calm Ocean. 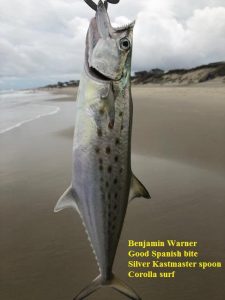