Surf Fishing Report:
Surf fishing is overall slow with the heat, wind and scattered storms. Plus the fact the water temp had a 24 degree drop in the temperature. A few Croaker, Spanish and Bluefish were reported on the Island and we had a few Pompano, Trout, Croaker and Spanish reported in Corolla along with some Trout.

Offshore Boats Report:
Another day the wind and storms were a hindrance to the fleet. Having said that they still returned with plenty meat. Yellowfin, Blackfin, Dolphin and Wahoo were caught.

The winds are SW at 7 and the water temp is 57 degrees. Sunny, light winds, small swells. 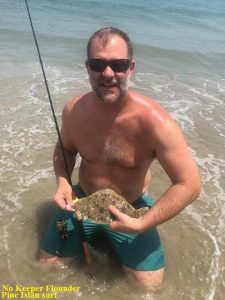 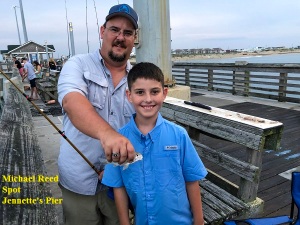