Surf Fishing Report:
We had showers in the morning and really strong electrical storms in the afternoon. Surf fishing overall remains slow. A few Sea Mullet and Croakers north of Avon, and some Spanish south of the point in the evening. Nothing has been reported north of the Inlet but I would say there would be the usual bottom fish if you are fishing.

The winds are SW at 4 and the water temp is 67 degrees. Cloudy, calm winds, small swells. 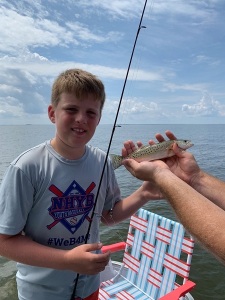 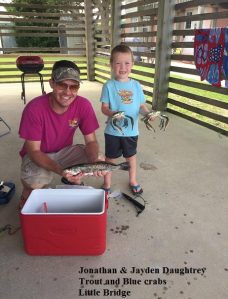 This entry was posted in Fishing Reports and tagged Carlee, Jayden, Jonathan. Bookmark the permalink.
%d bloggers like this: