Surf Fishing Report:
I really don’t have too much surf fishing news. There are plenty Dogfish, Skate, some Sea Mullet, small Black Drum scattered up and down the beaches.

Offshore Boats Report:
Not many boats fished but the ones that did had a good showing of Yellowfin and Blackfin. A 40 lb Wahoo was caught as well.

The winds are SW at 8 and the water temp is 60 degrees. Mostly cloudy, showers later, light winds, flat Ocean. 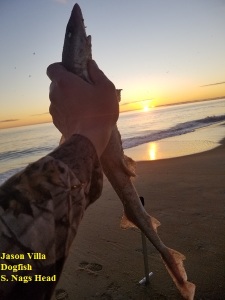 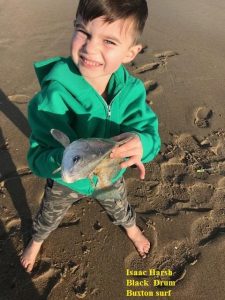 This entry was posted in Fishing Reports and tagged Isaac Harsh, Jason Villa. Bookmark the permalink.
%d bloggers like this: