Surf Fishing Report:
Shark bite at the Point and scattered Sea Mullet and Pompano. This side of the bridge was also slow. There were loads of small Pompano reported in S. Nags head and Sea Mullet and Spot and a Puppy ever so often.

Offshore Boats Report:
The weather was better for the fleet yesterday and they took advantage. Good numbers of Billfish were caught. Yellowfin, Dolphin and awesome catches of Tilefish.

The winds are NE at 12 and the surface water temp is 78 degrees. Partly sunny, breezy, choppy Ocean 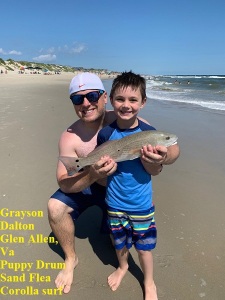 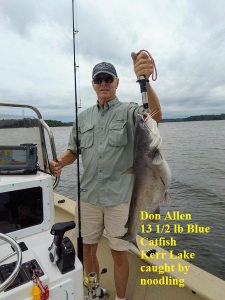 This entry was posted in Fishing Reports and tagged Ava, Don Allen, Grayson Daltonlly, Michael Donnelly. Bookmark the permalink.
%d bloggers like this: